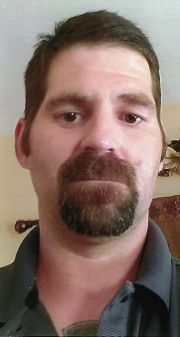 Born in North Hornell on March1, 1979, he was a son of William Law and Sheila Jones.

A resident of Hornell for most of his life, Jonesy attended Hornell High School and later received his GED. He has resided in Idaho for 15 years before returning to Hornell several months ago.

He was self-employed contractor who was known as a “jack of all trades.” He enjoyed spending time fishing, hunting, drawing and doing wood carvings.

Due to the coronavirus pandemic a “Celebration of Life” will be held at a later date.

In lieu of flowers, those wishing ma contribute in his memory to the Hornell Area Concern for Youth, 76 E. Main St., Hornell, N.Y. 14843.

Online condolences or remembrances of Jonesy are welcomed on the Facebook page of Bishop & Johnson Funeral Home, Inc.