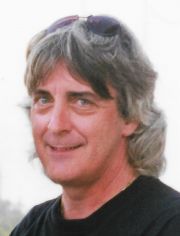 The son of Seymour “Cy” and Helen (Noblett) Jones, Bill was born in Mineola, Long Island, N.Y. on December 14, 1948. Growing up in Arkport he worked in the family business and learned meat cutting at a young age. He attended and graduated from Arkport Central School (Class of 1967.) In 1968 he enlisted and proudly served in the United States Air Force until 1972, stationed at Shaw AFB, S.C. After working a year with the South Carolina Department of Labor, Bill returned home in 1973, joining the family business and eventually became co-owner of Cy’s Shurfine Foodmart with his brother. Answering the call of warmer weather, he moved to Clearwater, Florida in 1995 and worked for Publix Supermarkets as a meat cutter. He once again returned home in 2001 and rejoined the family grocery business working until his retirement in 2017.

In addition to his love of Florida where he traveled often, Bill was a big fan of the Beatles collecting Beatles memorabilia. He also collected other interesting items such as matchbooks from all over the world, old radios, colored glass, baseball caps, business cards, and other unique items. He enjoyed watching the NY Yankees, the Buffalo Bills, Syracuse Orange basketball, March Madness, and Turner Classic Movies! He loved baseball and in the 1970’s played 1st base on the Genesee Valley League’s Arkport town team. He also thoroughly enjoyed and followed junior and senior drum corps competitions. In his younger years he was bass guitar player with his friend’s rock band and he enjoyed music of all sorts especially Beatles and classic rock music from the 1960’s.

Bill will be greatly missed. His commentaries on current sports along with his quiet yet wise-cracking comments were his terms of endearment to all those who knew him well.

The Bishop & Johnson Funeral Home, Inc. in Hornell is honored to serve the family of William R. “Bill” Jones

The United States flag and the Air Force flag will proudly fly at the Bishop & Johnson Funeral Home, Inc. in recognition of Bill’s military service.

Memorial contributions can be made to Wounded Warrior Project. 370 7th Avenue, Suite 1802, New York, N.Y. 10001 (donation envelopes will be available at the funeral home) or online at https://www.woundedwarriorproject.org.