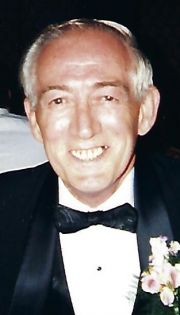 CANISTEO-William F. “Bill” Charles, 75, of County Route 31 (Town of Jasper) passed away, surrounded by his children, late Monday afternoon (Mar. 2, 2020) at St. James Hospital in Hornell, after a long illness.

Born in Hornell on May 21, 1944, he was a son of the late William Thomas and Marjorie Anita (Stone) Charles. Besides his parents, he was also predeceased by a brother-and sister-in-law, Donald and Kim Charles; two sisters, Sandra Hayner and Janet “Squeak” Arno; also one brother-in-law, Dave Stewart.

A lifelong resident of the Canisteo area, Bill resided in Hartsville during his younger years and was a graduate of Canisteo Central School. He proudly served his country with the U.S. Army in Vietnam from Oct. 1962 to his honorable discharge in Oct. 1965.

He was employed for nearly 40 years at Foster-Wheeler Energy Corp. in Dansville, retiring as a welder.

Bill enjoyed nature and was an avid outdoorsman; he especially loved to hunt and fish and was a member of the National Trappers Association and the National Wild Turkey Federation. Bill also enjoyed science and one of the items on his “bucket list” was to watch a space shuttle launch in person. In April 2010 he was able to watch the STS (Space Transportation System) Launch 131 at the Kennedy Space Center in Merritt Island, Fla.

To honor his wishes there will be no calling hours or funeral service.

In lieu of flowers, those wishing may contribute in his memory to Meals-On-Wheels, in care of Pro-Action of Steuben and Yates County, 117 E. Steuben St., Bath, N.Y. 14810.