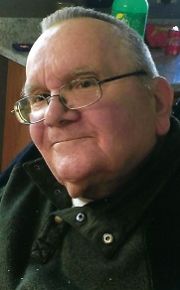 ROCHESTER/HORNELL-Roger L. Schulitz, 81, formerly of Hornell, passed away peacefully Monday morning (Jan. 4, 2021) at the Episcopal Church Home in Rochester, N.Y. where he has resided for the past eight years.

Born in Hornell on Sept. 29, 1939 he was a son of the late Christian and Mildred (Schmidt) Schulitz. Besides his parents, he was also predeceased by his brother-in-law, Gerald Dunning.

A graduate of Hornell High School, class of 1958, Roger was also a graduate of Alfred State College and received a bachelor’s degree from the University of Buffalo.

Roger resided in Stephens Mills for many years before moving to his home on Lower Glen Avenue in the Town of Hornellsville; where he also owned and operated Poor Roger’s Christmas Tree Farm since 1985.

An avid outdoorsman, he loved being in the sun either gardening, sitting on the back deck with his dog Sam, and working with the Christmas trees. He also enjoyed flying model airplanes and for several years he served as a member of the Hornellsville Town Board.

There will be no calling hours. A private graveside service will be held this summer at St. Mary’s Cemetery, Town of Fremont.

In lieu of flowers, those wishing may contribute in his memory to the Episcopal Church Home, 505 Mt. Hope Ave., Rochester, N.Y. 14620.

Online condolences or remembrances of Roger are welcomed on the Facebook page of Bishop & Johnson Funeral Home, Inc.