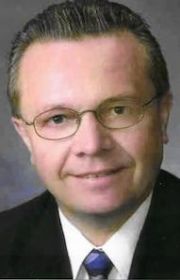 AVOCA – Robert J. Leonard, 68, passed away peacefully with family members by his side on Tuesday, March 15, 2022 at Strong Memorial Hospital, Rochester, NY.

Bob was born in Wellsville, NY on November 17, 1953 and lived in Andover until he

graduated from Andover Central School – Class of 1971. After graduation he attended Alfred State College and enlisted in the US Navy serving on the nuclear submarine USS Nathaniel Greene.

During his high school years he was employed at Kent Farms in Andover. After his military service, Bob put his welding skills to use at Air-Flo, Prattsburg, NY. Moving to the Rochester area, he was employed at Birds Eye Foods in Avon. Then, moving first to Seattle, WA and then to Fort Wayne, IN Bob began an extended career in design and engineering. He also owned and operated the Leonard Group Realty in Fort Wayne for a number of years. Out of the blue, he also earned his license as a LPN later in life and worked at Fort Wayne area nursing homes.

Bob was an avid pilot having obtained his private pilots license at the age of 16. He and his father spent many hours and miles together enjoying the view from their seats in a small single engine airplane. Bob was a member of the Grand Lodge F&AM of Indiana and also the Mizpah Shriners. Of all things – he was most passionate about his music. Bob was a gifted musician. If there was a piano in sight he would sit down and play a few tunes and almost always minutes melted into hours to his delight and also to those within listening range. In the Rochester area he was known as the piano guy who played in many restaurants and lounges He played both keyboard and guitar with many local rock and roll bands in the Wellsville and Hornell areas and loved being part of the Shriner’s marching band playing clarinet in Indiana.

Bob also enjoyed cooking. He would host Sunday Dinner for friends and family – usually cooking his specialty – spaghetti sauce – for any and all that wished to attend.

For those that knew him closely – his one of a kind laughter that filled a room with joy and happiness would be what he would want all to remember him for.

Bob was predeceased by his parents Herbert and Lena E. Leonard and grandparents Clark and Louise Bridge and Ebenezer and Anna Leonard.

The family wishes to thank the MICU 8-1600 Unit at Strong Memorial Hospital for their exceptional care, compassion, comfort and guidance during our time there with Bob. The staff was a blessing in our time of need and their kindness will not be forgotten.

A Memorial Service will be held Saturday (May 21st) at 11 AM at the First Presbyterian Church, 54 Maple Avenue, Cohocton, NY. A Celebration of Life for family and friends will follow at 3 PM at Bob’s home at 42 N Main St., Avoca, NY 14809.

In lieu of flowers, the family requests that memorials be made to an organization of the donor’s choice.

To leave your own personal remembrance you may click on the link below or visit the Facebook page of Bishop-Johnson & DeSanto Funeral Home.