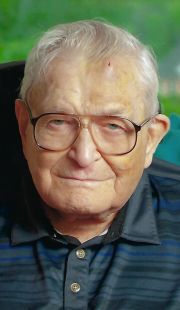 Born in Hornell on Feb. 6, 1934, he was the son of the late Walter and Dorothy (Nephew) Stone. Besides his parents, he was also predeceased by his wife, Carole (Rowley) Stone; his sister, Louise (Prior) Hollister; his nephew, Larry Gleason and his brother-in-law, John McGregor

He proudly served his country with the United States Marine Corps and was trained as an explosive ordinance, mine welfare specialist with a second military occupational specialty as an atomic biological chemical warfare specialist. He was honorably discharged with the rank of Sergeant (E5).

He was employed with the former Erie Railroad, Erie-Lackawanna Railroad and retired from Conrail as an engineer.

A former member of the Hornell Masonic Lodge, Richard loved spending time at his land in Woodhull, NY with his family. He loved animals, especially horses.

To honor his wishes there were no calling hours or funeral service. Private interment, with full miliary honors, took place at the Bath National Cemetery.

In lieu of flowers, those wishing may contribute in his memory to either the Hornell Area Humane Society, 7649 Industrial Park Rd., Hornell or to the Hornell Erie Depot Museum, 111 Loder St., Hornell, NY 14843.

To add your own personal remembrance or condolence you may click on the link below or visit the Facebook page of Bishop-Johnson & DeSanto Funeral Home.