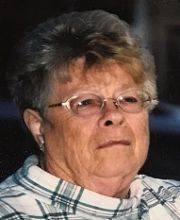 Born in the Village of Canaseraga on Feb. 27, 1932, she was a daughter of the late William and Olive (Spencer) Kiley. In 1952, after graduating from high school she was married to James “Bud” Henry who predeceased her in 1968 and in 1970 she was married to Frank Olecharski, who predeceased her in 1985. Besides her parents and husbands, she was also predeceased by her three children, Darcy Henry, Zachary Henry and Christine Byron: also three brothers, Donald Kiley, James Kiley and William Kiley.

A graduate of Canaseraga Central School, Loisann formerly resided in New London, Conn. and has resided in the Arkport/Canaseraga are for most of her life.

Before retiring she was employed as a housekeeper at the former Coachlight Motel in Hornell and was a former member of the Canaseraga American Legion Auxiliary.

To honor her wishes there will be no calling hours or funeral service. Interment will be in the Canaseraga Cemetery. In lieu of flowers, those wishing may contribute in her memory to their favorite charity.

To leave your own personal remembrance or condolence you may click on the link below or visit the Facebook page of Bishop & Johnson Funeral Home, Inc.