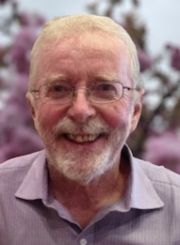 SILVER SPRINGS, MD / HORNELL – Jerry Arthur Bash, 80, died June 7th 2022 in Maryland. He was born on the 25th of March in 1942 at St. James Hospital in Hornell, New York. Jerry was born to Hazel Daugherty Haffner Bash, a housewife and Jacob Alfred Bash, an employee of the Erie Railroad. Jerry was the youngest of four siblings, Edna, Dorothy, Mary Louise and Emmett, an older brother who passed away before Jerry was born. He is survived by his sister Dorothy, his daughter Lucy and her husband Austin, and their four children Lily, Ella, Sawyer, and Alice and his ex wife Denise Russo, as well as his many nieces and nephews that he loved dearly.

Jerry grew up and attended public school in Hornell, NY. He enjoyed each facet of his education and excelled. Jerry showed a talent for music very early in life and played the clarinet. He was a member of various bands (concert, marching and jazz) throughout high school, college and post education. He had a beautiful voice and sang in both church, St Patrick’s in Miami Beach and the Shrine in Baltimore, and secular choirs including the National Institute of Health’s choir. Additionally, he learned to play piano in his later years.

Jerry enjoyed many leisure activities. He was an avid baseball player; encouraged and supported by his dad in Little League. He also played basketball and soccer in school. As an adult, he played tennis, hand ball, golf and was an avid skier. He enjoyed reading and was a history buff.

Trained by the Chairman of Microbiology and Immunology, Dr. Felix Milgrom, he obtained both his MS and PHD (‘70) in Immunology. While working in the laboratory, Jerry met Denise Russo, his future wife. Jerry pursued his education and did Postdoctoral work at the University of Toronto and Yale University in the area of cellular immunology. He published significant studies that led to a tenure track faculty appointment at the University of Cincinnati. While there he expanded his scientific interest to immune-oncology, vaccines and allergy. His work was supported in part by the NIH.

Jerry was hired by Georgetown University and moved his laboratory there in the early eighties. He pursued and expanded his science in the area of cancer research studying various aspects of immunology of breast cancer.

During this time he was blessed with the birth of his daughter Lucia (Lucy). He taught her everything he knew including how to ski at the age of 2. Jerry was a devoted father to Lucy and they had many adventures together including ski trips, horseback trail rides, trips to Disney World, and even a hot air balloon ride!

A career opportunity in the mid-80’s led Jerry and his family to Miami Beach where he conducted research in immune-oncology of Melanoma. He performed some of the foundational work regarding the treatment of melanoma using tumor oncolysates. Jerry had faculty positions in the department of Microbiology and Immunology at the University of Miami and finally was a tenured professor at Florida International University.

In his retirement he enjoyed volunteering and he gave time at Ft. Mc Henry in Baltimore and worked for the Red Cross transporting blood donations in and around the Frederick, MD area.

Jerry was active in the Catholic church and converted to Catholicism while in Miami Beach with Lucy as his sponsor. Jerry became a eucharistic minister at St Patrick’s Church and was a prominent member of the choir throughout his life.

Jerry was an animal lover and had many well loved animal companions in his life. He was always ready to help an animal in need and rescued many including helping the odd turtle and snake to cross a road.

Jerry was well liked and respected by all who knew him. He was a mentor and a teacher to his students who still remember him with fondness. Jerry believed that good will out. He lived by that motto. He also believed that through God everything is possible. He was sympathetic, kind, caring, humble, intelligent and had great humor. He was a good father, teacher, mentor, friend and husband, in all a fine man.

In lieu of flowers donations may be made to the Hospice of Washington County, 11370 Caring Pathway Lane Hagerstown, MD 21742, hospiceofwc.org.

The Bishop-Johnson & DeSanto Funeral Home is honored to assist Jerry’s family with the arrangements.