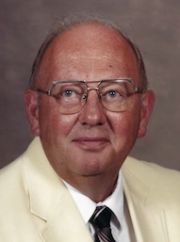 BATH – The family of James (Jim) Opelt announce the passing of their father. Jim was born in Syracuse, NY, the second son of William J Opelt and Margaret C Said. Jim grew up in Corning, NY and graduated from Corning’s Northside High School in 1951 where he enjoyed drama class and tennis. He then went on to the State University of NY at Delhi, graduating in 1954.

In 1954 he met his first wife, Barbara Joy Parsons on Keuka Lake, they married in 1955 resulting in their six children.

James was a 3rd Generation Corning Glass employee. He later went to Gold Seal Winery where he worked in Purchasing and Public Relations. Gold Seal was the place he met his second Wife, Kathryn McCann Kennedy but did not marry until years later. Kathryn and James regained their friendship in the mid-1980s then married in May of 1984. Kathy had six of her own children.

Jim enjoyed gardening, camping, traveling, and spending time with his extended family. He was a big fan of the Syracuse Orangemen, the Buffalo Bills and Willie Nelson.

He was predeceased by his former wife, Barbara Parsons Merridew in July of 2015 and his second wife, Kathryn Kennedy Opelt in May of 2011 along with his parents – William and Margaret Opelt, his brother Robert S. Opelt, and his stepson – Joseph Kennedy

A memorial service will be held Tuesday (May 10, 2022), at 11:00AM at the Wildflower Hills Community Clubhouse located at 7404 E. Wildflower Way, Bath, NY 14810. A private family internment will follow at Glenview Cemetery, in Pulteney NY.