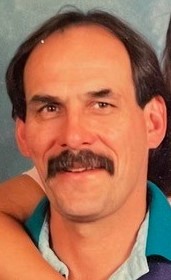 An avid outdoorsman and lover of nature, Jack M. Koch passed at home on August 3, 2022 following a long and determined fight against oropharyngeal cancer. He was 74.

Born in Buffalo, New York, Jack joins his darling parents Mathilda and Alfred E. Koch.  Jack’s mom, one of the sweetest ladies ever, doted on Jack endlessly and taught him to make spaetzle.  Jack’s dad shared with him a love of fishing and wisecrack jokes.

Jack graduated from Cardinal Doughtery High School in 1967. He enlisted in the Air National Guard where he served for six years, honorably discharged in 1976. He obtained a Top-Secret security clearance and honed his marksmanship that he would later use to become a first-rate deer and waterfowl hunter.  With his Captain’s license, Jack turned his favorite pastime into an avocation, running charter fishing trips on Lake Ontario with his partner, Roy Larson.

Through hard work and perseverance, Jack started his teaching career at the bottom as a teacher’s aide and worked his way to the top as Dean of Students at Amherst High School.  While working full time, and with encouragement from his wife, Pam, and other colleagues, he went back to school at night, and obtained his Master’s degree from Canisius College.  Jack used this example to encourage students to reach for higher goals and maintained close friendships with many of them for decades.  After 35 unblemished years at Amherst, students and colleagues honored him with a three-minute standing ovation upon his retirement in 2007.  He received the Distinguished Emeritus Education Award in 2012.

After retiring, Jack and his wife, best friend, and favorite hunting and fishing buddy, Pam, moved to the country to be surrounded by the wildlife that they so loved.  Together, they planted trees, rode around in their side-by-side, and watched deer graze while they enjoyed happy hour on the deck.  Ever the romantic, Jack showered Pam with affection and flowers, no special occasion required.  As a city slicker, Jack came to rely on his new friends in the country, who became some of his closest.

Number one fan to the Bills, Sabres, and his daughter, Sara, Jack was always at the ready with a pep talk.  He encouraged her professional endeavors and loved rooting her on at horse shows.  Ever the protector, he also scared off many a boyfriend (they all deserved it).

Jack will be interred with his cherished Golden Retrievers, Bo, Hunter, and Logan.  They will stay trim forever despite endless treats and table scraps.  In their company, Jack will enjoy an eternity of apple cider doughnuts and coffee each morning, perfect hunting and fishing conditions with all of the friends passed before him, and a Crown Royal every evening.

Online condolences or remembrances of Jack are welcome below in the comment section or on the Facebook page of Bishop-Johnson & DeSanto Funeral Home.