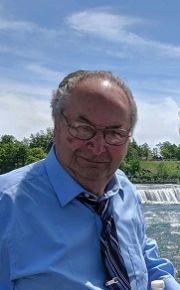 Born in Bath on Feb. 11, 1942 he was a son of the late Robert and Elizabeth (Smith) Force. Besides his parents, he was also predeceased by one brother, Richard Force.

A former resident of Prattsburgh and Bath, Gordy graduated from Prattsburgh Central School and has resided at his home on Russell Road since 1985.

He was employed as a mechanic at the former Perry-Thompson Ford in Bath and several other area garages before he began his employment with Avoca Central School; he retired as the head mechanic and bus driver after more than 30 years of employment. For over 40 years he also owned and operated Gordy’s Garage.

Throughout the years he enjoyed spending time rabbit and deer hunting.

Calling hours are 10 a.m. to noon on Saturday (Aug. 21, 2021) at the Bishop & Johnson Funeral Home, Inc., 285 Main St., Hornell, where a funeral and committal service will be held in his memory following the calling hours at noon Saturday, with the Rev. Daniel Pickering officiating.

At Gordy’s request the courtesy of no flowers would be appreciated and those wishing may contribute in his memory to the charity of the donor’s choice.

The Bishop & Johnson Funeral Home, Inc. in Hornell is honored to assist Gordy’s family with the arrangements.