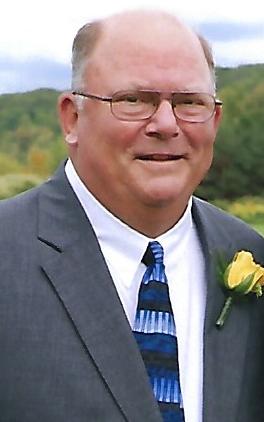 He was a graduate of Hornell High School, class of 1966, and went on to attend Niagara University, class of 1970.  He served in the U.S. Army from 1970 to 1972, including being stationed in Vietnam.  After Vietnam, he served in the inactive Reserves and was honorably discharged from the U.S. Army Reserves in August 1976.  After that he returned to Niagara University where he received an M.S. in Education in 1974 and continued to receive his 60-hour certificate in counseling. He married his wife, Kathleen “Kathy” (Sermak) Cregan, who survives, on Aug. 24, 1974.

Upon graduating he worked at St. Charles Borromeo School in Greece, NY.  From there he went onto Hornell High School where he taught Social Studies for one year. He then worked for Prudential Insurance for seven years before returning to Hornell High School working as a guidance counselor until he retired in 2008.  A dream of his after retiring came true as he was able to spend 14 years wintering in Florida.

He was a member of the Hornell Council No. 243 Knights of Columbus and Twin Hickory Golf Course, where he ran a quota league for the past several years. Throughout his life he loved the game of golf (both playing and watching) and was a die-hard Buffalo Bills and Boston Red Sox fan.  He also was an avid reader, who could often be found sitting in his recliner with Kindle in hand. He also enjoyed spending time with his family and friends.

In addition to his wife of 48 years, he is survived by a daughter, Erin; a son, Patrick (Nicole); grandson, Jack and granddaughter, Bea; brother, Kevin (Rae); sister, Nancy Peck; sister-in-law, Lillian Sermak; and several nephews and nieces. He was predeceased by his parents, Jack and Elizabeth; in-laws, Walter and Margaret Sermak; brother-in-law, Bill Peck; brother-in-law, John Sermak; and his beloved dog, Bingo.

To honor his wishes there will be no calling hours. Relatives and friends are invited to join his family at St. Ann’s Church, 31 Erie Ave., Hornell where a Mass of Christian Burial will be celebrated in his memory, followed by military honors, at 10 a.m. Monday (Aug. 29, 2022).

In lieu of flowers, those wishing may contribute in his memory to either the Buffalo City Mission, 100 E. Tupper St., Buffalo, NY 14203, the Food Bank of the Southern Tier, 388 Upper Oakwood Ave., Elmira, NY 14903, the Hornell Area Humane Society, 7649 Industrial Park Rd., Hornell, NY 14843 or to a charity of their choice. Envelopes for memorial contributions will be available at the church.

Online condolences or remembrances of Dave are welcome below in the comment section or on the Facebook page of Bishop-Johnson & DeSanto Funeral Home. 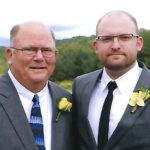 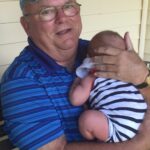