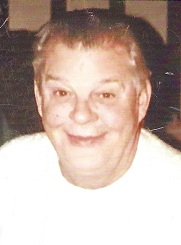 Daniel E. Moore
HORNELL-Daniel Edward Moore was born September 11, 1947, in Schenectady, NY. He went home to be with his Lord on Saturday (July 9, 2022). John 14: 1-3 “Let not your heart be troubled, you believe in God, believe also in me. In my father’s house are many rooms, if it were not so I would have told you. I go to prepare a place for you and if I go and prepare a place for you, I will come again and receive you unto myself, that where I am, you will be also, and where I go you know and the way you know.”
Son of Paul and Mary Francis Moore (deceased), Dan attended Linton High School in Schenectady, NY and after graduation joined the United States Air Force in 1966. After basic training at Luke AFB in Texas, he and his “brother” friend volunteered for Vietnam. He was stationed in Bien Hoa in September of 1967. Dan worked as a jet engine technician in the test cells and flight lines for F-100’s. While in Vietnam on January 31, 1968, the Tet Offensive occurred, and his base was hit with heavy mortar rounds. Dan escaped bodily injury, but like so many of his brothers, invisible scars remained. In September of 1968, he left Bien Hoa to go to Clark AFB in the Philippines for two years. In 1970, he was assigned to the Duluth AFB in Duluth, Minnesota. Welcome Home! He was honorably discharged in 1974. During his time in Duluth, he met his always and forever love Barbara and they were married in the Duluth AFB Chapel on May 6, 1972. Dan and Barb recently celebrated their 50th wedding anniversary. They were blessed with two daughters, Sarah (Mark) Valentine of Hornell, NY and Anne (Zach) Potwine of Virginia Beach, VA. Added to their blessings were two granddaughters, Madeline Anne and Katherine Bella. He is also survived by his brothers, Tracy, Tim, and Dennis as well as sisters, Mary-Lou and Marsha (deceased).
While in Duluth, Dan worked as a welder in a foundry and a small electric motor mechanic for Westinghouse. Dan and family came to Hornell in 1984, because of a small ad in the paper looking for electric motor mechanics for a company called Morrison Knudsen. He was hired and worked for MK, Amerail, and Alstom until he retired in April 2009. Dan will be remembered as a man who loved his family above all and neighbors who found their walks and driveways cleared of snow and always there to help out where he could. Dan will also be remembered as a loyal and always hopeful Minnesota Vikings fan, loved NASCAR racing, especially Jeff Gordon, and on sunny days he could be found up on the golf course at Twin Hickory where he could be seen driving his golf cart because he said, “he didn’t play golf for the exercise.” He had so many friends he played golf with and especially the Wednesday out of town league, that his daughter Anne referred to as his “girls trips”. One of Dan’s proudest moments was the hole-in-one in 2015 on hole #4. He also had a daily routine of having coffee at JC’s Café again with his friends, his daughter called the “girls”. Together they would solve all the worlds problems. He was also always seen walking his hound dog buddy Riley, who was his “puppy boy.”
Calling hours will be at the Bishop-Johnson & DeSanto Funeral Home. 285 Main St., Hornell on Friday, (July 15, 2022) from 4-7 p.m. The service will be held on Saturday, (July 16, 2022) at Arkport Presbyterian Church, 15 Main St., Arkport at 12:00 p.m. with a gathering to follow at the American Legion in Hornell, NY.
The United States flag and the Air Force flag will proudly fly at the Bishop-Johnson & DeSanto Funeral Home in recognition of Dan’s military service.
The hole he leaves in our hearts is great, but greater still is the great love for his family and friends that will forever remain.
John 3:16 “For God so loved the world, that he sent his only begotten son, that whosoever believes in him, shall not perish, but have everlasting life.
God so loved Dan.
The Bishop-Johnson & DeSanto Funeral Home is honored to assist Dan’s family with the arrangements.
Online condolences or remembrances of Dan are welcome below or on the Facebook page of Bishop-Johnson & DeSanto Funeral Home.