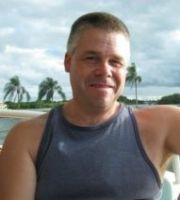 PULTENEY – Brett R. Snyder, 57, passed away early Monday morning (December 27, 2021) at his home, surrounded by loving family, after a long battle with cancer. Born in the City of Hornell on March 26, 1964, he was the son of Laurence and Nancy (Hutches) Snyder. Brett married Mary Jo Loquasto in Norton Chapel at Keuka College on July 16, 2011.

A lifelong resident of Steuben County, Brett was a 1982 graduate of Hammondsport Central School, and a 1984 graduate of SUNY Morrisville. Before retirement from Campbell–Savona Central School District as Head Building Maintenance Mechanic, on November 10, 2021, he also worked many years at BOCES Cooper Plains Campus, the Town of Wayne as Wayne Highway Superintendent, and at Watkins Glen International Speedway.

Brett enjoyed watching the Dallas Cowboys, listening to country music, as well as having a passion for mowing the lawn, enjoyed hunting and playing golf, and loved anything to do with being outdoors. He was noted for his stellar work ethic. Brett was very meticulous in everything he did, even down to buttering his toast. Brett was a positive role model for his children, and was well known for doing for others always going above and beyond.

He was predeceased by his father Laurence and both his grandparents, Murray (Pauline) Snyder and Maurice (Louise) Hutches.

Calling hours are 2-5 p.m. Sunday (January 2, 2022) at the Bishop & DeSanto (formerly LaMarche) Funeral Home, 35 Main St., Hammondsport. Friends and family are invited to join the family at the funeral home on Monday, January 3, 2022 at 11 a.m. for the funeral service. Facemasks will be required at the funeral home. Committal prayers and interment will be conducted in the spring at Glenview Cemetery, Pulteney.

The Bishop & DeSanto Funeral Home is honored to assist Brett’s family with the arrangements.