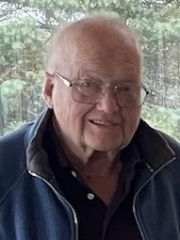 Art graduated from Mt. Lebanon High School in Pittsburgh, PA in 1948. He then went on to receive his Bachelor of Science in Mechanical Engineering from Cornell University in 1952, where he was coxswain of the rowing team and a member of the Alpha Sigma Phi fraternity. Following college, Art served in the United States Air Force from 1952 to 1956, stationed in Colorado and Maine. After his military service Art spent his working career with the Corning Glass Works where he was employed until his retirement in 1987. He then moved to Keuka Lake and formed Art Wilder Construction, building houses in the local area.

In 1992, Art became the head of the restoration shop of the Curtiss Museum in Hammondsport, NY, and began his next chapter as the driving force behind numerous aircraft projects. Restorations included the construction and successful flights of the A-1, Model E, and America, among others. His latest project was the rebuild of a P-40N Warhawk. Art also attended many airshows and during his time in the Air Force and at the Curtiss had flights in the B-29, B-36, B-17, B-24 and B-51. Art was also a past-president of the OX-5 Club, Curtiss Wing.

Art was the longest living member of the Keuka Yacht Club and skippered an E-Scow in every decade from the 1930’s to the 2020’s. He was also an avid iceboater and spent many hours constructing Renegade and DN iceboats.

Art and Kay spent many winters in Marsh Harbor, Abaco, Bahamas, where they enjoyed countless visits from friends and family. After a full day of deep-sea fishing, they would often radio ahead to invite friends to meet them at Crosswinds for a fresh fish feast.

Calling hours for Art will be held at Bishop & DeSanto (formerly LaMarche) Funeral Home, 35 Main Street, Hammondsport, NY, on Saturday, March 12th, from 2 to 4pm, followed by a brief service after which friends and family are invited for a reception at the Curtiss Museum. In lieu of flowers, donations in Art’s name may be made to St. Luke’s Episcopal Church, 187 W Lake Road, Branchport, NY 14418, the Keuka Yacht Club, PO Box 334, Bath, NY 14810 or the Glenn H. Curtiss Museum, 8419 NY 54, Hammondsport, NY 14840.