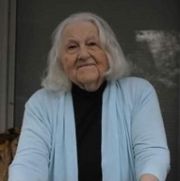 HORNELL-Anita Ann Shick, 92, entered into rest early Friday morning (June 25, 2021) to be reunited with loved ones that have gone before her.

Born in Hornell on July 17, 1928 she was a daughter of the late John D. and Josephine (DeBarbieri) Mattie. On September 9, 1950 she was married at St. Ann’s Church in Hornell to William Shick, who predeceased her in 1974 after 24 years of marriage. Besides her parents and husband, she was also predeceased by her infant daughter, Barbara Shick; and seven siblings, Marguerite Mattie, John (Betty) Mattie, Rosemary (Bill) Danaher, Angelica Mattie, Yolanda (Michael) Fiordo, Theresa (Jack) Haynes and Joseph Mattie; and her nephew, Mark Fiordo.

A former resident of Kenmore, NY and Belmont, NY, Anita has resided in Hornell for most of her life. She was a graduate of Hornell High School, class of 1946 and attended Alfred University.

In her younger years she worked at her father’s store, Mattie’s Candies & Fruits on Broadway. She was a “stay at home Mom” until 1974 when she began her employment with Steuben-Allegany BOCES in Hornell. She retired as the Office Manager to the Principal in 1995.

Anita was a member of Our Lady of the Valley Parish and was a communicant of St. Ann’s Church in Hornell. She was a life time member of the Italian American Women’s Club, was involved with Prayer Groups, Cursillo, taught religious education classes and was a Campfire Girl Leader.

She loved flowers, gardening, doing floral arrangements and decorating her home, especially for the holidays. Anita enjoyed making and collecting angels. She was an excellent baker, pies being her specialty. She loved “Texas Hots” and any type of olives, but most of all she will be remembered for being a loving and devoted wife, mother, gram, great gram, sister and aunt. Her favorite times were those that she spent with her family.

In lieu of flowers, those wishing may contribute in her memory to the Shick Family Charity Golf Classic. In recognition of their professionalism and compassionate care, memorial gifts will be shared between St. James Hospital and the Hornell City Fire Dept. Donations may be mailed in care of 297 Canisteo St., Hornell, NY 14843. Envelopes for memorial contributions will be available at the funeral home.

The Bishop & Johnson Funeral Home, Inc. in Hornell is honored to assist Anita’s family with the arrangements.